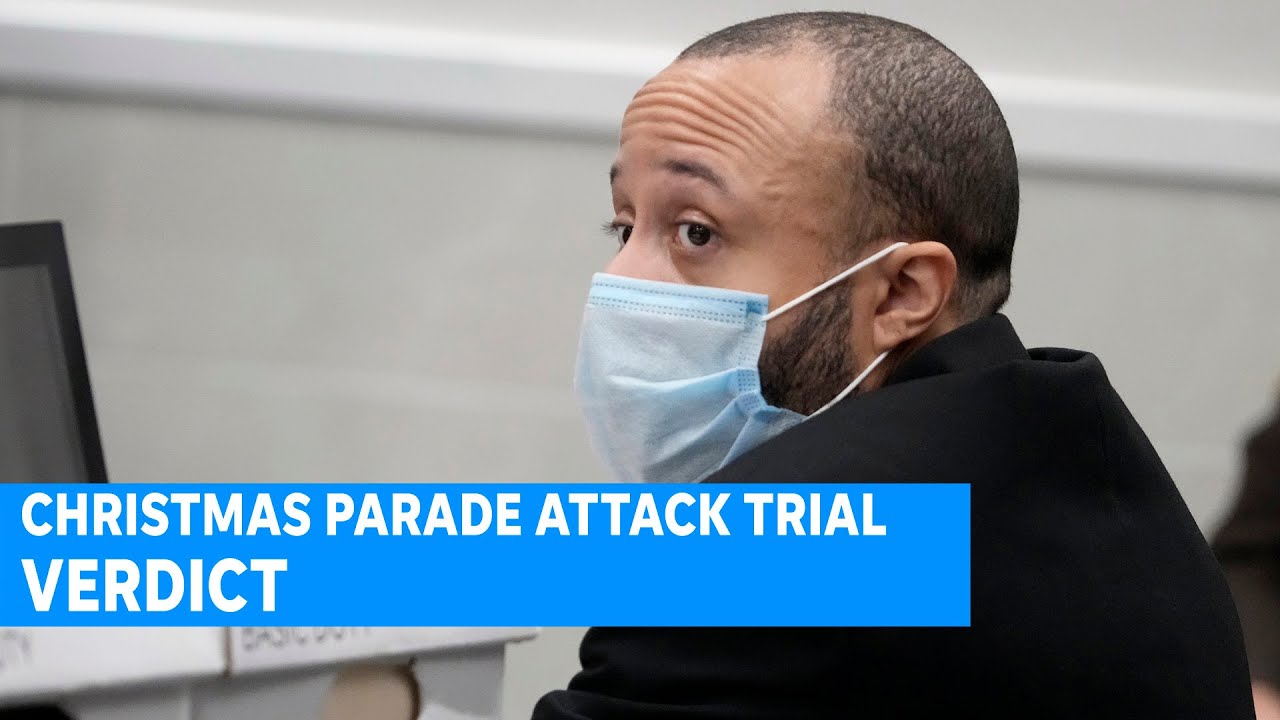 WAUKESHA – Almost a year after a devastating attack on a hallowed city tradition, a jury convicted Darrell Brooks Jr. of killing six people and injuring dozens of others by driving through the 2021 Christmas parade.

After being sequestered Tuesday night after about 90 minutes of deliberations, the jury announced it had verdicts early Wednesday. Judge Jennifer Dorow began reading them shortly before 11 am, beginning with the first-degree intentional homicide counts. It took her about 25 minutes to read the guilty verdicts on all 76 charges.

Outside of the courtroom, people wearing blue Waukesha Strong sweatshirts had gathered ahead of the verdicts announcements, heads bowed in silent prayer.

Brooks, 40, who had represented himself at trial, didn’t react much as the verdicts were read. He mostly put his head in his folded hands, with his elbows on the table.

When she was finished reading the verdicts, Dorow thanked and excused the jury, then set a Monday hearing to discuss when to schedule sentencing. She said she would allow victims who want to make impact statements via Zoom to use that technology.

Dorow granted District Attorney Sue Opper’s request for judgments on the verdicts. Asked if he had any motions, Brooks asked, “What’s judgments?”

Six people died and at least another 61 others were injured when a red Ford Escape SUV driven by Brooks tore through the holiday parade trial on Nov. 21, 2021. The attack left in its wake what police called a “chaotic” atmosphere as authorities and others scrambled to help victims over a four-block stretch while also searching for the driver.

Brooks’ trial represented the end of a long legal process that included dramatic shifts, beginning with charges filed two days after the parade and continuing with pretrial hearings just days before the trial. The four-week long trial was replete with disruptions and delays from Brooks, who decided just days before the proceedings began that he would represent himself.

The trial, which began Oct. 3, was never a smooth process, frequently breaking down into arguments between Brooks and Waukesha County Circuit Judge Jennifer Dorow.

Much of the disagreements stemmed from Brooks’ decision to waive his right to an attorney and represent himself, which Dorow had warned in advance of the trial that he would do “at (his) own peril,” noting he would have to abide by unfamiliar laws and court processes.

But the tussles were also tied to Brooks’ repeated attempts to present himself as a “sovereign” citizen, which Dorow and prosecutors repeatedly called a “thoroughly debunked” theory in which defendants challenge the jurisdiction of the courts. Even after Dorow issued a written ruling on the court’s jurisdiction, Brooks continued to ask for “proof” of jurisdiction.

As a result of the sometimes heated arguments with Brooks, Dorow on several occasions removed him to an adjacent courtroom, usually to allow her to finish stating her findings for the record without interruption. Dorow said today’s technology afforded her an option to have him participate remotely without violating his right to be present during proceedings.

It’s unknown if that’s one of the issue Brooks will bring forward on appeal.

Brooks was charged with six counts of first-degree intentional homicide, 61 counts of recklessly endangering safety, six counts of hit-and-run causing death, two counts of bail jumping, all felonies in connection to the parade tragedy, and one count of misdemeanor battery.

But those charges didn’t come all at once. Initially, Brooks faced five homicide counts, with a sixth added following the death of 8-year-old Jackson Sparks of Mukwonago several days after the parade. The charges ballooned in mid January, when the 61 reckless endangerment charges were added. At one point, he faced 83 charges.

Six charges were eliminated in pretrial proceedings after Dorow competed with Brooks could not be charged with both intentional homicide as well as homicide by vehicle while under the influence of a controlled substance.

Another count was dismissed by prosecutors, who explained in court that one of the two domestic violence charges involving his ex-girlfriend might not stand due to no overt sign of physical injury.

That left 76 charges, all of which the jury was asked to consider individually during their deliberations.

Much has changed since the 2021 parade.

One major adjustment was the implementation of aggressive security measures designed to keep any unauthorized vehicles out of future parades. Most of that was accomplished with portable barriers designed to tear up the underside of any vehicle driving through them. Also, police now routinely create a perimeter that is cleared of vehicles ahead of any event.

The 2022 Waukesha Christmas parade will be held two weeks later, a plan which is expected to continue each year, according to city officials. The date, the first Sunday in December, in part will accommodate police and other critical staff, who will no longer have to struggle with Thanksgiving week holiday schedules that can make an emergency responses more difficult.

In 2023, the city also expects two memorials — one along Main Street at the Five Points intersection and the other in Grede Park off Wisconsin Avenue close to end of the parade route — to honor and remember those stricken in the parade.