MINNEAPOLIS – There has been a changing of the guard in college basketball recently.

The winningest coach in the history of the sport, Duke’s Mike Krzyzewski, with 1,202 victories and five national championships, retired six months ago. Villanova’s Jay Wright (642 wins), who won two titles − both since 2016 − in his 21-year tenure with the Wildcats caught people off guard when he retired this offseason.

Yet Michigan State’s Tom Izzo, 67, set to begin his 40th season on Michigan State’s staff and 28th as head coach, waltzed onto the stage at Big Ten Media Days at Target Center in Minnesota on Wednesday after being introduced by conference commissioner Kevin Warren as the “dean of Big Ten basketball.”

Obviously, not too old.

MSU and Izzo agreed to a “lifetime” deal, with a five-year rolling contract to be renewed each season at around $6 million per year. The all-time winningest Big Ten coach said Wednesday he foresees helming his program for many years to come.

“I look at it and I’ve got a lot of years to catch Coach K, a lot of years to go catch Jim Boeheim, you know friends of mine like Tubby (Smith) and Roy (Williams) decided (to leave), but I’ve got some years to catch them yet too, so I’m not quite as old as those guys,” he joked. “But I’ve definitely passed by Jay Wright and yet one of my good friends and one of the great guys in our profession and I’m going to do it like Jay did — when it’s time that I don’t enjoy it or time that I can’t take a red eye from Vegas to Orlando, it will be time to get out.

“That is not where I’m at right now in anyway shape or form. You know, in fact, going through what we went through at Michigan State with some issues a couple years ago, the COVID, I’m looking at just the opposite. I’ve got some things I’d like to accomplish as a coach for Michigan State, I think our league, we have to win another (national) championship.”

MSU comes off consecutive seasons where it didn’t win a Big Ten title or make it to the second weekend of the NCAA tournament, the first time that has happened since 2006 and 2007. Izzo is doubling down on his program beliefs, opting not to fill three open scholarships with transfers, but instead riding with his 10 players and relying on chemistry.

That loyalty is a philosophy he has aimed to extend beyond his program.

Wisconsin basketball’s social media team may have won the day.

The account posted a picture of Michigan coach Juwan Howard and Wisconsin coach Greg Gard posing for a picture with their arms around one another and the caption “Making Valentine’s Day date plans,” referencing the next time the teams will meet Feb. 14, 2023 in Madison, Wisconsin.

Of course, last season, there was no love lost between the two programs.

Howard was bothered after Gard called a timeout to organize his reserves vs. a Michigan pressure defense late in Wisconsin’s 77-63 victory over Michigan last season and made his frustrations known in the handshake line. Gard put his hand on Howard to prevent him from walking past without a discussion, which soon escalated into a screaming match, and eventually, Howard smacking Wisconsin assistant coach Joe Krabbenhoft in the head.

Howard was suspended for the remainder of the regular season (five games) and fined $40,000 for the incident, but came back to coach Michigan in the Big Ten and NCAA tournaments.

Howard said this was not the first time he has seen Gard since the altercation − they’ve crossed paths on the recruiting trail − and clarified where the relationship stood.

“There’s always been a respect-level we had before last season,” Howard said. “Unfortunately, with that, it was just a little step that took us a little step back. But it’s nice to see that we’re moving forward and hopefully everyone will join in and move forward with us.”

The two teams will also meet 12 days after their matchup in Madison, on Feb. 26, in Ann Arbor. 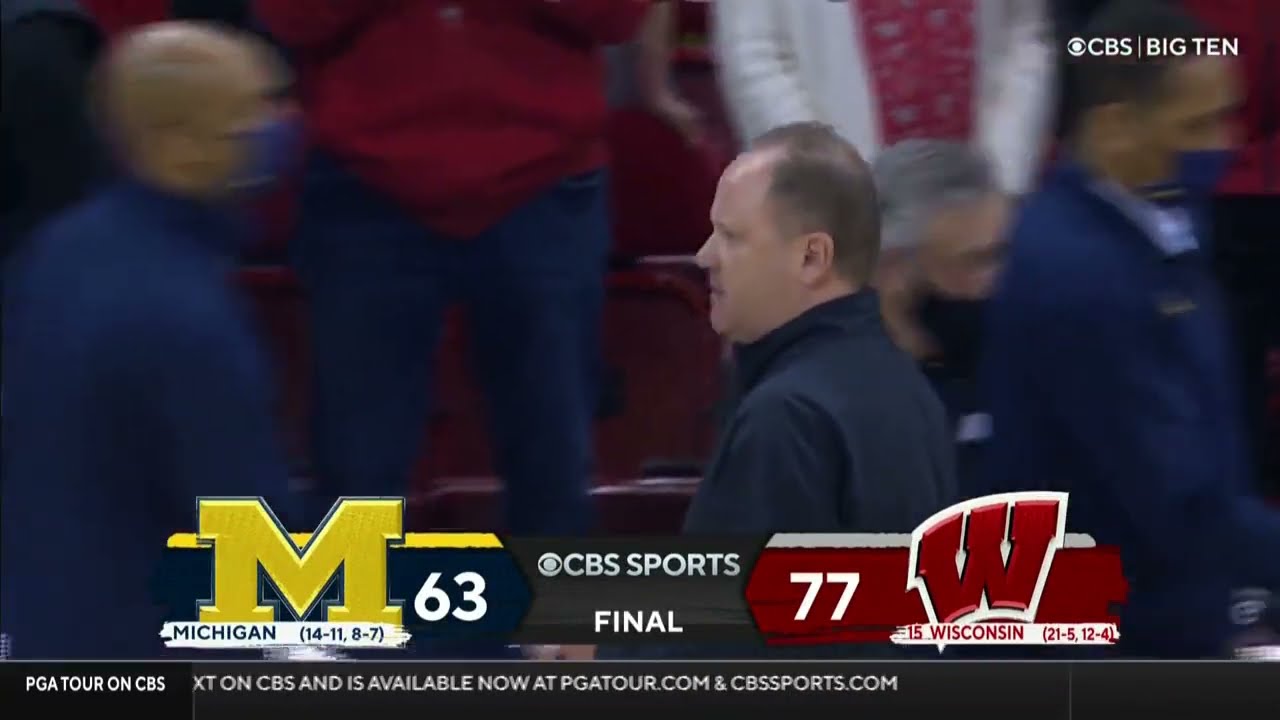